Free shipping on orders over $50. USPS shipping times may be longer than expected due to Covid-19.

If you’ve been looking at gluten-free alternatives to traditional cooking ingredients, you’ve probably noticed one thing: There are a lot of gluten-free flours out there.

The greater selection of gluten-free flours gives a wider variety of options in the kitchen, but all gluten-free options aren’t exactly the same. Most are made from different natural ingredients, and their use in the kitchen often varies based on the recipe.

Today, we’re going to cover some common gluten-free flours, what makes them different, and pros and cons when cooking or baking with them. 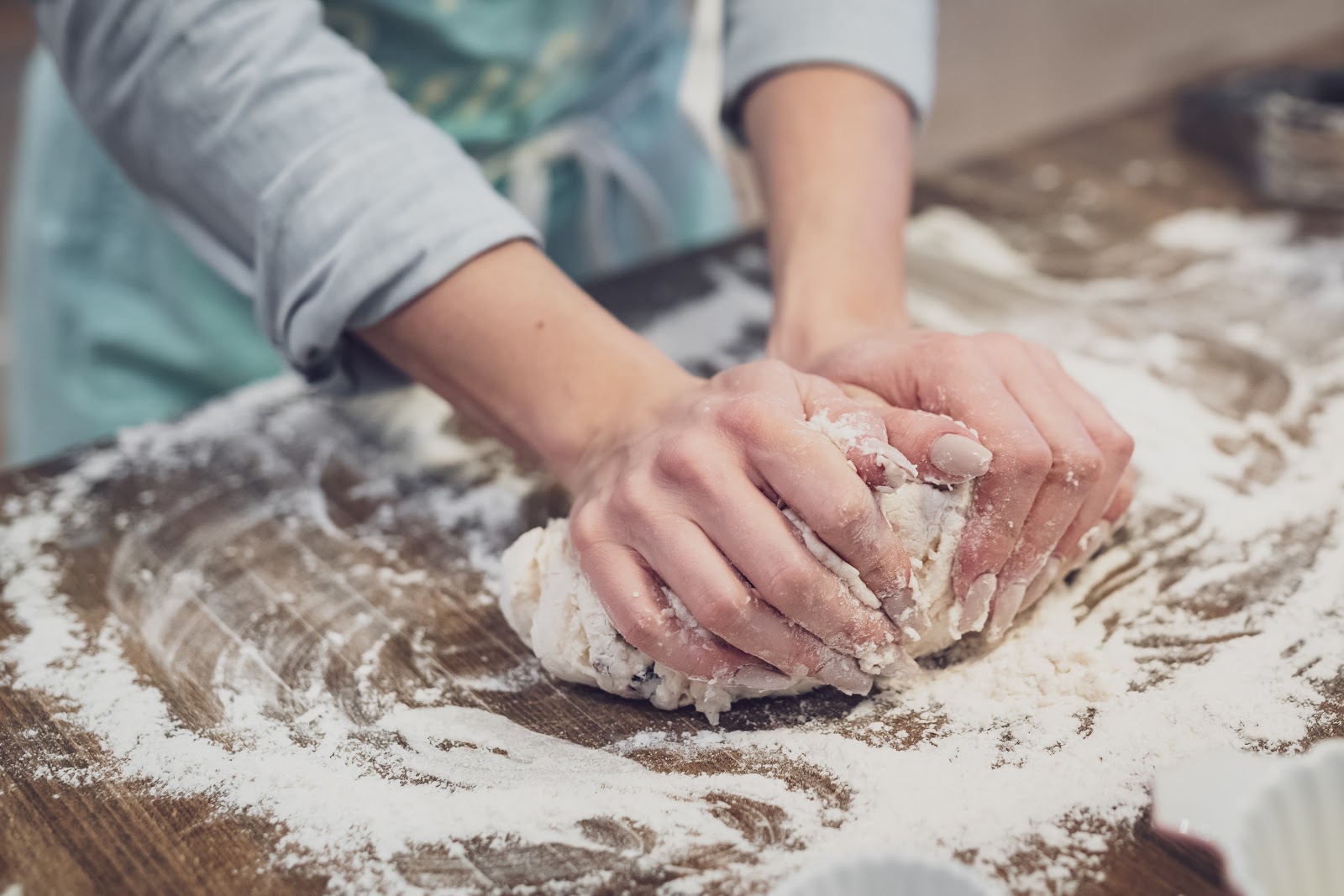 Before we look at common flours and starches, it’s worth answering a few important questions for anyone switching from regular flour to cooking with gluten-free products.

What is gluten-free flour?

You can find a lot of articles out there about gluten-free cooking, along with some great recipes and ideas to boot, but incorporating gluten-free flour in baking and cooking is a little more specific.

Gluten-free flour is a term applied to flours that are made with ingredients which naturally don’t contain gluten or which have had gluten removed through a specialized process. Since the term “gluten” refers to a mix of proteins typically found in wheat, rye, barley, and triticale, those proteins are absent in gluten-free flours.

Because gluten-containing grains are widely used in western diets, it’s a staple ingredient in many foods and cooking recipes. This makes it difficult to avoid, even for experienced and knowledgeable gluten-free dieters, simply due to cross-contamination in restaurants and other public venues. Even the FDA allows for some gluten in gluten-free ingredients and foodstuffs!

But just because gluten is difficult to avoid doesn’t mean that effort can’t be taken to eliminate it from your diet. It’s possible to avoid most gluten by learning to carefully read nutrition labels and selecting naturally gluten-free ingredients.

How is gluten-free flour different from regular flour?

Opting to use a gluten-free flour during the baking process can change a few things.

While eliminating gluten proteins makes food safer for individuals with celiac disease and gluten sensitivities, it also changes how the flour interacts with other ingredients in the recipe.

Gluten is a structural protein, which means that it affects how ingredients (flour, in this case) change when interacting with water and other ingredients. In other words, removing gluten from the equation changes the cellular makeup of the food on a structural level.

Because of that, it can sometimes be difficult to move forward with a non-gluten recipe as though nothing has changed, especially if you’re replacing wheat flour with a known gluten-free substitute like rice.

When switching regular flour for gluten-free flour you won’t always be able to substitute your new ingredients at a 1:1 ratio. Typically, you’ll end up with something that is either too crumbly or too tender. You might need to alter the recipe to compensate for differences. You’ll likely have better results following recipes that are intended to be gluten free, versus making substitutions on traditional recipes.

Gluten-free flours can also be difficult to digest if they contain certain gums or are comprised of heavily-processed starches. We use a variety of different proprietary flour blends at Pride Enjoy to avoid this, but you’ll need to experiment at home to figure out what works for your personal preferences.

What types of gluten-free flours are there?

A couple of quick online searches can give you some idea of how many gluten-free flours are out there, but we’re going to focus on the most common ones and what makes them different from one another.

The type of flour you need may vary by the dish you want to make. You may find that certain flours are better suited for particular applications, over others. This means that you’ll need to consider the pros and cons of the flour that you want to use before you start cooking.

Keep in mind that you will likely need to use more than one of the gluten-free flours or starches available on the market in order to mimic the protein structure that you might find in traditional alternatives.

White rice flour is made from ground white rice. To convert brown rice to white rice, the bran is stripped out of the rice during the milling process. Because bran contains antioxidants, white rice and products made with it aren’t considered as healthy as brown rice alternatives.

Brown rice flour is more nutritious than its white rice counterpart. On the whole, brown rice is considered to be a healthier alternative to white rice because the bran and the germ are still intact when cooked. Many of those benefits pass over to your foodstuffs when using brown rice flour.

On the whole, rice flours are healthier alternatives to traditional wheat flour. They’re easier to digest and richer in fiber. Plus, they’re gluten-free, and that makes them a common alternative for gluten-free baking.

Unlike flours, which are created through a milling or grinding process, starches are extracted from a basic ingredient and then refined into a powder that can be used for baking. Potato starches are a great example of this because potatoes can be made into either potato flour or potato starch, based on the process used to refine the ingredients.

Traditionally, starch is considered a component of flour because flour contains starch. But flour also contains other parts of the grain seed, which are influential to your recipe.

In gluten-free baking, a starch component can be used as a thickener or a glue to add structure back into the mix. It may also contain resistant starch — a starch that is resistant to digestion and functions as a fiber in the digestive system.

Our Take on Gluten-Free Flours

Most gluten-free companies use rice flour blends, but we decided to go in a different direction. Instead, everything we use is carefully chosen for its smooth texture and better nutritional profile.

Rice flour contains arsenic, which can be a concern some dieters, especially when consumed in large quantities. Because we experienced a gritty texture while experimenting with several brands, we ultimately decided to avoid it.

Starches like tapioca and potato have their place in gluten free recipes, but can have a drying effect on baked goods. From the starch category we only use potato flour, which doesn’t have the same effect.

Our favorite gluten-free flours are derived from beans. These include garbanzo/chickpea and fava flours. While we experience some challenges when it comes to masking their savory flavor, the flours have great binding and absorbing qualities. They’re also very smooth in texture and high in protein.

We also use oat and sorghum flours. These gluten-free flours are packed with antioxidants, proteins, and are high in fiber. Plus, they’re made from some of the heartiest and heart healthy grains on earth. In addition to the added nutritional benefit, they also provide a classic baked good texture that makes our cookies top notch.

Take a look at our ingredients page for a deep dive into our main baking ingredients or — if you’re looking for a treat that you can enjoy regardless of food sensitivities or specialized dietary needs — head over to our shopping page and pick up a pack of sweet snacks today!